Working together to advocate for policies and initiatives
that will advance and benefit the latino community. 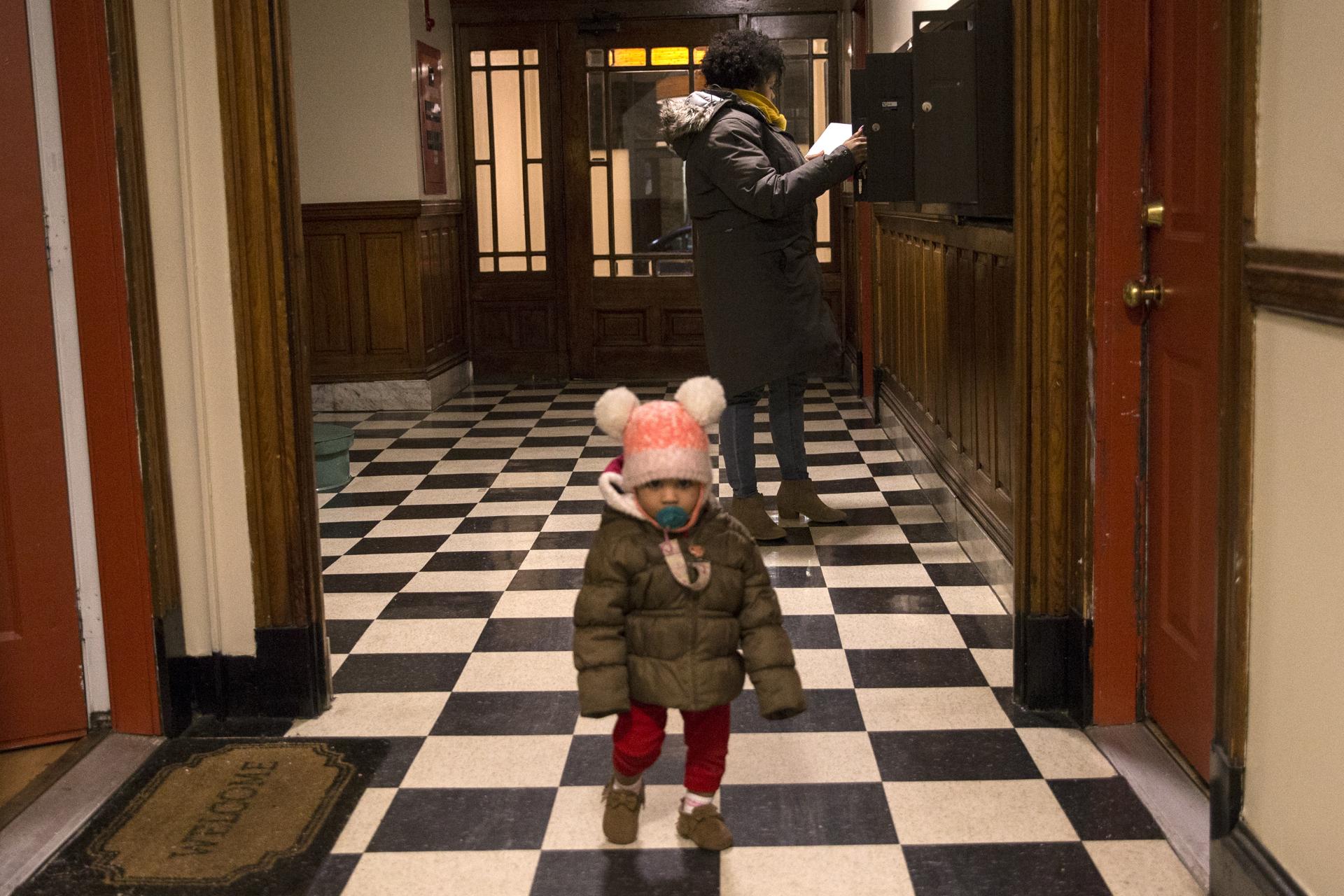 Shynnah Monge-Cueto took out thousands of dollars in loans to go to college; her guidance counselors didn’t tell her she could have applied for a full-tuition scholarship to Northeastern University.

They have driven the state’s population growth for decades, helping form the backbone of a booming economy.

But Latinos in Massachusetts, a rich mix of Puerto Ricans, Dominicans, Brazilians, and more, fare worse than Latinos in any other state by several measures.

The median income for Latino households statewide is just $39,742 a year, while white households bring in $82,029 — the largest gap in the country, US Census data show. Only a quarter of Latino heads of household own their own homes in the state, compared to 69 percent of whites — the largest divide nationwide.

Households in Massachusetts, by comparison, have a median income of $46,381, and 34 percent own homes.

Language barriers and immigration status play a major role in the inequity — here and across the country — making it difficult for Latinos to progress beyond low-wage jobs or speak up about unfair treatment.

But there are added challenges in Massachusetts: a high cost of living and a majority of jobs that require college education, along with long waiting lists for English classes and a 15-year-old law — effectively overturned a few months ago — that eliminated bilingual education from most public schools. There are also relatively few Latino leaders and nonprofits, leading to low levels of civic engagement.

Puerto Ricans, the largest group of Latinos in the state, struggle more than most, with fewer of them working or in school than among other Latino sub-populations.

Then there’s Boston’s history of discrimination against black people, which dominates discussions about race.

“There’s that feeling of, you’re African-American or you’re white, but there’s no in-between,” said a Boston Police Department officer of Puerto Rican heritage who asked not to be identified. “We’re almost like the folks that nobody pays attention to.”

As a number of Latinos put it: They feel invisible here.

In Boston, Latinos are responsible for nearly all the population growth over the past few decades, accounting for 92 percent of the increase between 1980 and 2015, according to the Boston Foundation, and now make up 20 percent of the city’s population.

Martha Frias, 53, moved to Boston from the Dominican Republic four months ago, after a nearly eight-year effort to join her mother and siblings here. Frias was a pharmacist running her own shop in Santo Domingo, but here, she hasn’t been able to find work.

Knowing it would take time to become a licensed pharmacist in the United States, Frias prepared for her move by training to be a cook and a hair stylist. She also took English classes, but the focus was on grammar, and she found herself at a loss to understand much of anything once she got here.

Still, she landed a spot in an English class at South Boston en Acción, and despite the uphill battle ahead of her, she’s hopeful.

“There are more opportunities for me here,” she said in Spanish through an interpreter.

In reality, however, she may not have as many opportunities as she would elsewhere.

Massachusetts has the worst inequality between white and Latino residents of any state, according to a study by the financial news site 24/7 Wall St. that looked at income, housing, poverty, unemployment, incarceration, and educational attainment.

Undocumented Latinos, estimated to be about 63,000 statewide, struggle more than others, afraid to speak up about wage theft or even to go to the emergency room for fear of deportation. But even Latino immigrants who are here legally and speak perfect English can be reluctant to advocate for themselves or file discrimination complaints, said Ivan Espinoza-Madrigal, a civil rights lawyer and member of the Greater Boston Latino Network, a collective formed in 2013 to promote Latino leadership.

“As newcomers to this country, we are trying not to rock the boat,” said Espinoza-Madrigal, who came to the United States from Costa Rica when he was 9.

In Boston, 42 percent of public school students are Latino, but because of the state law, only a handful of schools offer dual-language programs, despite the fact that a third of all students are considered “English learners.” In November, Governor Charlie Baker signed a bill allowing school districts to teach students in their native language while they learn English, although schools can choose to continue English-only instruction.

“It was hard for me to communicate with teachers,” said Quinones-Melo. “The only thing they would say is, ‘Grab a dictionary.’ ”

It was only after he started working with English and Spanish speakers at the Roxbury nonprofit Sociedad Latina that he became fluent. Now 23, Quinones-Melo has an associate’s degree from the Benjamin Franklin Institute of Technology and is planning to get his bachelor’s. But he can’t help but wonder where he’d be if learning English hadn’t been such a barrier.

Many Latino immigrants can only afford to live in low-income neighborhoods with low-performing public schools, meaning their children have less access to advanced placement classes and savvy guidance counselors who can help them get into college.

Shynnah Monge-Cueto’s guidance counselors at Brighton High School didn’t tell her that, as a Latina with good grades, she could apply for a full-tuition scholarship to Northeastern University. Her parents, both born in Puerto Rico, didn’t go to college — like more than 60 percent of Latinos over the age of 25 in Boston — and didn’t know how to help her navigate the maze of applications and financial aid forms.

Above all, no one tried to steer Monge-Cueto toward an affordable school. So when she got into Pine Manor College in Chestnut Hill, where the tuition is currently nearly $30,000 a year, that’s where she went. “I just went with the first college that accepted me,” she said.

She took out thousands of dollars in loans, even though she didn’t fully understand the financial implications. Three semesters in, with bills mounting, she dropped out. Today, at 26, she’s working toward her associate’s degree at Bunker Hill Community College — and is $13,000 in debt.

Monge-Cueto and her family are among the more than 350,000 Puerto Ricans living in Massachusetts. In the aftermath of Hurricane Maria, more than 2,000 Puerto Rican students and their families have sought shelter here, too.

Puerto Ricans are US citizens, and many of them have lived in mainland United States for decades, but they have had less success than other Latinos in the state, according to an analysis of 2016 Census data by demographer Phillip Granberry at the University of Massachusetts Boston. Only about half of Puerto Ricans age 16 and older are in the labor market, 12 percent are unemployed — nearly three times the state rate — and a fifth of 18-to-24-year-olds are considered “disconnected youth,” neither working nor going to school.

Being from a US territory might play a role in why Puerto Ricans struggle, said Maria Idali Torres, a UMass Boston anthropology professor and research associate at the Mauricio Gastón Institute for Latino Community Development and Public Policy.

Puerto Ricans often feel like second-class citizens, dependent on the United States but without access to the advantages that other Americans have, said Torres, who is from Puerto Rico. In the 1950s and ’60s, American industry descended on the island, gobbling up farm land and transforming the local economy. Many agricultural workers ended up on government assistance; others flocked to New England. But when farm jobs started dwindling here, too, they turned to the government for help.

“The US created a cycle of internalized dependency,” Torres said.

Overall, Latinos in Boston are overrepresented in low-paying occupations, making up more than half of building and grounds maintenance jobs but only 5 percent or less of jobs in engineering, law, and finance, according to the Boston Foundation.

This divide deepens as demand for English classes climbs and funding stagnates. Currently, there are more than 16,000 people on waiting lists for these classes in Massachusetts, according to the state Department of Elementary and Secondary Education — a wait that can take as long as two years.

The problem is compounded by the lack of Latino advocacy groups around the region — many of which are fairly new. Several have closed within the last few years, including ¿Oíste?, the only statewide nonprofit aimed at getting Latinos involved in politics.

“It’s so important for all of us to see ourselves reflected in our public institutions,” said Espinoza-Madrigal, of the Greater Boston Latino Network. “We need to be reflected in the halls of power in City Hall. We need to see our kids sitting in classrooms at Boston Latin School.”

There have been a few gains. Last year, Governor Baker formed an advisory commission on Latino affairs, and state Representative Jeffrey Sánchez, the son of Puerto Ricans who moved from the island to the mainland, was named chairman of the powerful House Ways and Means Committee. And there is hope that as the children and grandchildren of Latino immigrants grow up and move into professional positions, they will have more opportunities to become civically engaged.

But even in Lawrence, where Latinos make up more than three-quarters of the city’s population, a significant portion of the professional class, and a majority on the City Council, in addition to claiming the mayor’s office, there aren’t many Latinos running nonprofits that serve the Latino community.

Some who had done so previously quit because they felt ignored or “tokenized,” said Joan Kulash, executive director of the nonprofit Community InRoads, who started a program with the YWCA in 2013 to get more Latinos on nonprofit boards. One new Latina board member walked into her first meeting and was told, “Oh, you must be in the wrong meeting. They’re meeting down the hall.”

“They” was the Latino recipients of the services the nonprofit offered, Kulash said.

The cultural complexity of the Latino community also keeps it from being more cohesive. Puerto Ricans, Dominicans, Salvadorans, and Colombians are all expected to speak in one voice — recent immigrants and the thoroughly Americanized alike.

“Latinos are not a monolithic community,” said Aixa Beauchamp, cofounder of the Latino Legacy Fund, established by The Boston Foundation to invest in organizations serving Latinos.

Navigating cultural differences in the business world can also be a challenge. Reinier Moquete spent much of his childhood in the Dominican Republic and went to night school while working 60 hours a week before founding Advoqt Technology Group in 2012. He doesn’t share many life experiences with others in the Greater Boston tech community.

In an attempt to make the field more accessible, Moquete, 38, is launching a course designed to take women and people of color from entry-level tech jobs to security analyst positions that pay $90,000 a year. Few of the enrollees can afford the $25,000 cost, however, so Advoqt has given scholarships to nearly everyone.

“It’s not going to happen organically,” he said. “It has to be a very deliberate, very focused, very aggressive pursuit.”

Todd Wallack of the Globe staff contributed to this report. Katie Johnston can be reached at This email address is being protected from spambots. You need JavaScript enabled to view it.